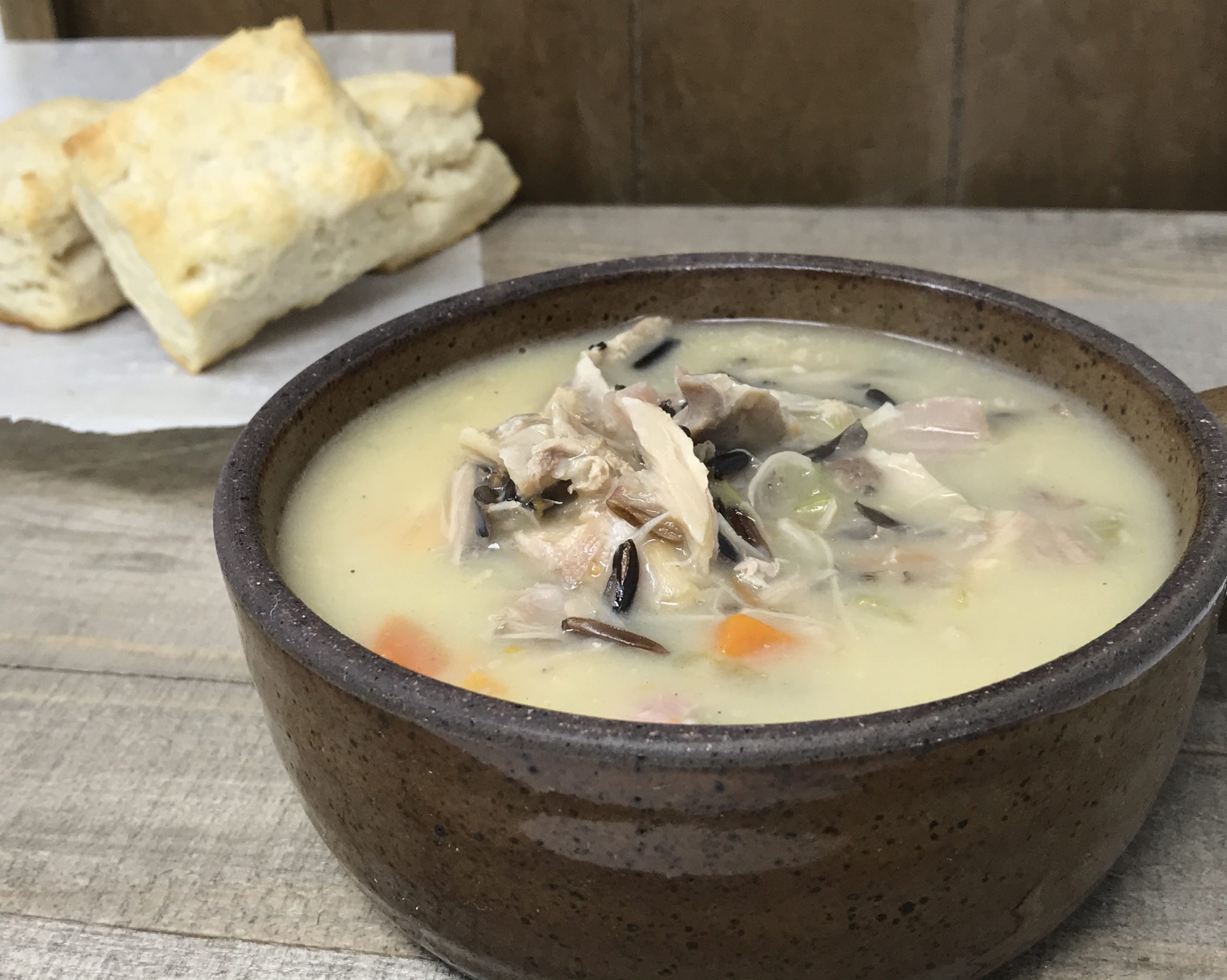 Most people cook turkeys for thanksgiving. I cook them when I am stuck inside for a COVID-19 pandemic and happen to have a frozen turkey that I never used in November. International economic uncertainty has a way of motivating you to not waste food. If you follow the right steps, a turkey can feed a family for days. Turkey and Wild Rice soup is an easy, denture friendly way to get ever ounce of value out of a turkey.

This soup can be made with chicken broth and chicken, but I feel like a turkey tells the story better. There is something satisfying about making your own broth from a turkey carcass. You also get a lot of usable meat out of the process, meat that would other wise get thrown out. To get a turkey ready for this soup, follow these steps:

Steps to get broth and extra meat from a turkey:

Easy To Chew is a food blog created by a dentist, a public health professional, and a registered dietitian. Their mission? To cook up delicious recipes  dedicated to those who are in need of foods which are easy to chew, easy to swallow, and easy to love! 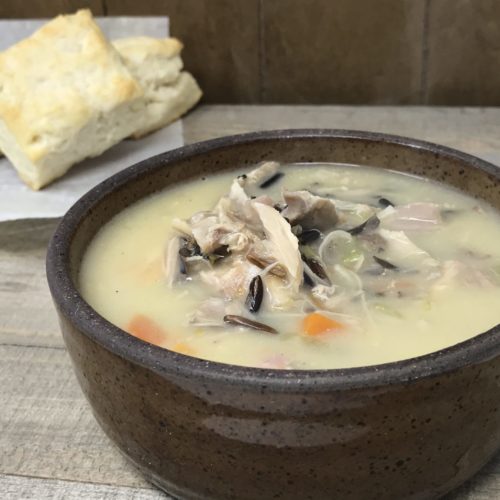 Any time you cook a turkey, you need to make this soup. Turkey and Wild Rice Soup is filling, easy to chew with dentures, and tastes better than the turkey did the first time.
5 from 2 votes
Print Pin Rate
Course: Dinner
Prep Time: 30 minutes
Cook Time: 40 minutes
Making your own broth from a turkey: 2 hours
Servings: 6

Turkey and Wild Rice Soup has a food softness level of 3 . Level 3 foods are moist, have multiple solid textures, and can be processed into bite sized pieces without extensive chewing.

Substituting the wild rice for white rice will make it softer and easier to eat. You could also puree the finished soup in a blender if you require a pureed texture.

Benjamin Franklin held turkeys in high esteem, much more so than the bald eagle. We learn about this in a letter he wrote on January 26, 1784:

“For my own part I wish the bald eagle had not been chosen as the representative of our country. He is a bird of bad moral character. He does not get his living honestly. You may have seen him perched on some dead tree, where, too lazy to fish for himself, he watches the labour of the fishing hawk; and when that diligent bird has at length taken a fish, and is bearing it to his nest for the support of his mate and young ones, the bald eagle pursues him, and takes it from him.

For in truth, the turkey is in comparison a much more respectable bird, and withal a true original native of America. Eagles have been found in all countries, but the turkey was peculiar to ours, the first of the species seen in Europe being brought to France by the Jesuits from Canada, and served up at the wedding table of Charles the ninth. He is besides, (though a little vain and silly tis true, but not the worse emblem for that) a bird of courage, and would not hesitate to attack a grenadier of the British guards who should presume to invade his farm yard with a red coat on.”

A large stock pot is a great investment. It gets a bit stressful if all the ingredients are teetering close to the top of your pot and you haven’t boiled it yet. Stress is not good for your health, get a larger pot. 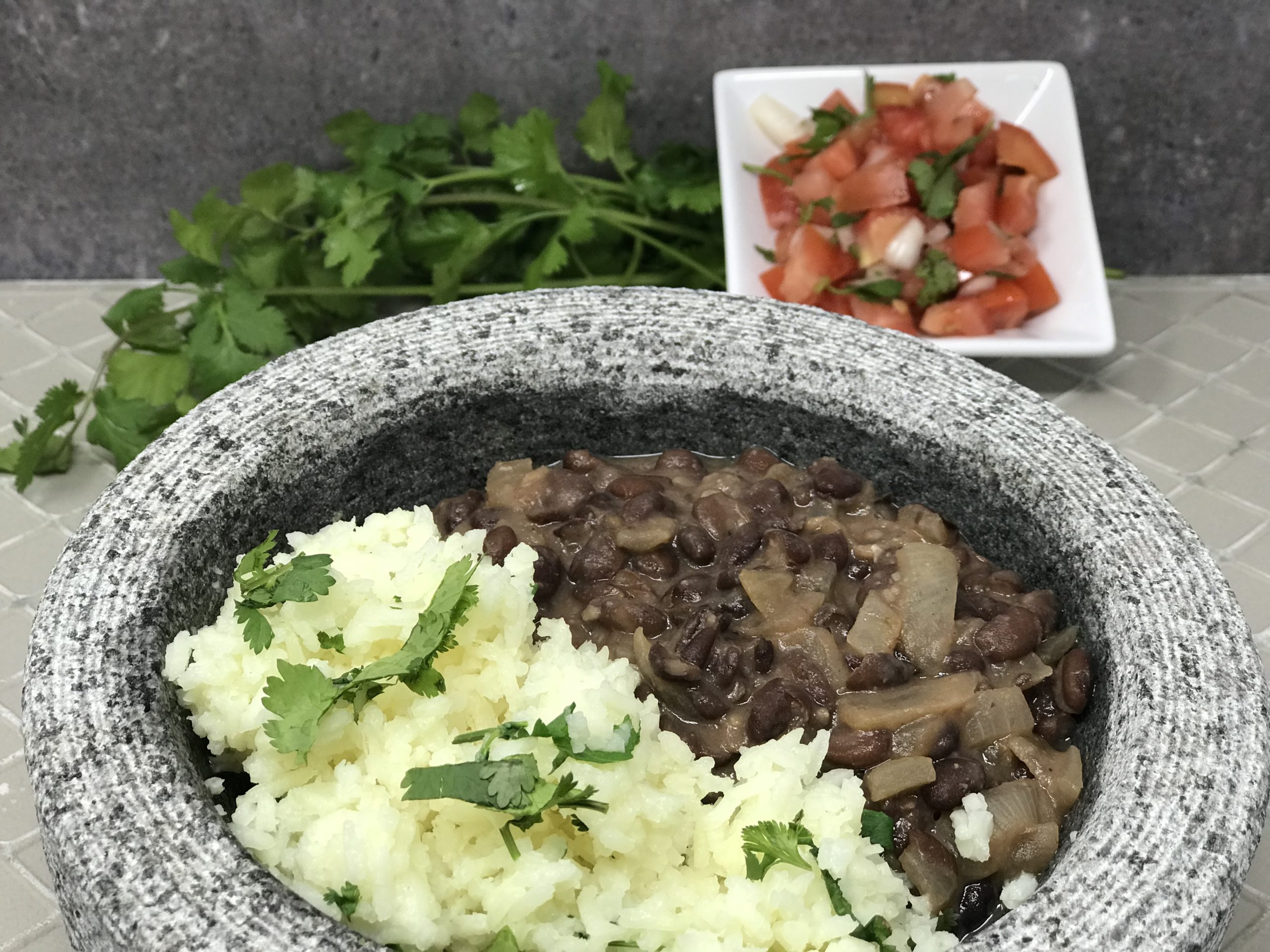 See all Our Recipes
Read Our Blog